DAMN YOU ALL TO HELL!: CHARLTON HESTON AND THE END OF THE WORLD

PLANET OF THE APES

This Fall, join us for a wild ride through 60s and 70s dystopia with your tour guide, legendary actor Charlton Heston. By the end of his second decade in Hollywood, Heston had become synonymous with historical and biblical epics, playing the lead in everything from The Ten Commandments to Ben Hur and from El Cid to Khartoum, but with 1968’s Planet of the Apes, Heston pivoted at a time in his career when most actors would coast on their laurels. With the success of Apes, Heston went about reinventing himself onscreen in a series of deeply pessimistic and yet somehow thoroughly entertaining movies. From apocalyptic sci-fi adventures like Beneath the Planet of the Apes (1970), The Omega Man (1971) and Soylent Green (1973) to Los Angeles based disaster and suspense thrillers like Earthquake (1974) and Two-Minute Warning (1976), Heston once again cornered the market on a genre, much as he had in the 50s and early 60s. (BR) 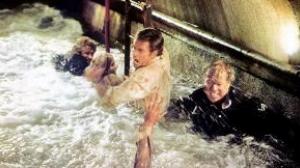 Heston stars as a former football star forced to choose between Gardner and Genevieve Bujold amidst a Los Angeles in ruins in Robson’s soapy epic. An all-star cast keeps things moving and grooving, with particularly vivid turns from Marjoe Gortner as a sublimely creepy grocery store clerk and Kennedy as the ultimate L.A. cop. Celebrated for innovative visual effects and a gut-punching Sensurround soundtrack, Earthquake, co-written by The Godfather creator Mario Puzo, is arguably the best of the 70s disaster films and a must-see on the big screen. (BR) 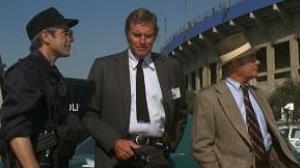 A sniper targets a championship football game at the L.A. Memorial Coliseum while Police Captain Heston and SWAT Team Leader Cassavetes race the clock to neutralize the threat before the shooting starts. Featuring an all-star cast in the bleachers and some of the most visceral riot scenes ever lensed, Peerce’s chillingly bleak, underseen, and underappreciated disaster/suspense film is a minor-key masterpiece. (BR) 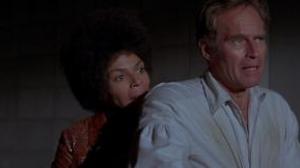 Heston is the last man on earth in the freakiest and funkiest of the three (so far) screen adaptations of Richard Matheson’s post-apocalypse horror novel, I Am Legend. As the seemingly sole survivor of a man-made plague, Heston spends his days cruising a ghost town version of Los Angeles, watching a 35mm print of Woodstock in an abandoned movie theater, and gunning down some particularly gruesome creatures of the night. With memorable turns by Zerbe as the Manson-esque leader of an albino vampire cult, and Cash as a leather clad, gun-toting, afro-rocking, motorcycle-riding Pam Grier prototype, The Omega Man is a straight, no chaser blast of pure 70s dystopian exploitation pleasure. (BR) 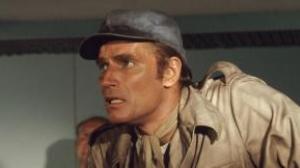 Heston stars as a New York police detective in the nightmarish year of 2022, investigating the murder of a wealthy industrialist (Joseph Cotten). The city is a vastly overpopulated sweatbox frequently rocked by riots when there are shortages of the only sustaining foodstuff, derived from soybeans and lentils (yeah, sure it is). Heston’s investigation, aided by a researcher/scholar pal (Robinson in his final role), leads him to the devastating secret of “soylent green.” Veteran director Fleischer’s vision is today considered a sci-fi classic that ranks with the Heston-starrer Planet of the Apes. 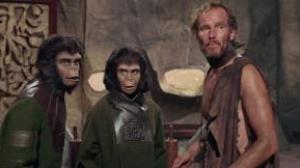 Heston damns us all to hell as an astronaut who lands on a planet where civilized Apes rule over primitive humans. Magnificently crafted by all involved, this first screen version, adapted from a novel by Pierre Boulle, retains its power to amuse, inspire and shock audiences. 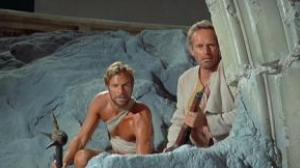 Talking apes play second fiddle to bomb-worshipping mutants in this shockingly nihilistic fever dream of a sequel. Heston is back as his Planet of the Apes protagonist Taylor, but takes a backseat to Franciscus, as an astronaut sent on a mission to discover what may have happened to Taylor and his crew. He finds the answer in one of the darkest and most disturbing visions of the future that Hollywood ever imagined. With a screenplay by Apes series mastermind Paul Dehn, Beneath is a bracing reminder of a time before film franchise rules were etched in stone. (BR)