Please Give to the Cinematheque 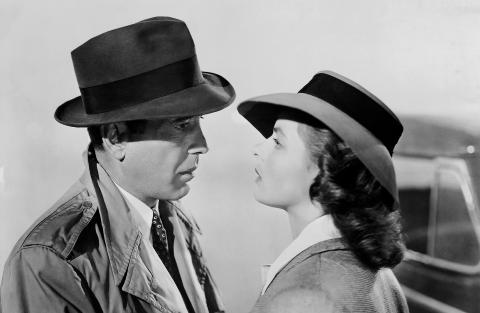 In the ever-evolving landscape of movie culture in Madison, the Cinematheque at the University of Wisconsin has maintained its status as the place to discover new works of international cinema and classics of film history. While corporate-run multiplexes are closing and more movies are demoted as “content” for home viewing on streaming platforms, the Cinematheque programming staff of knowledgeable cinephiles continues to curate excellent programs and series, all showcased in a proper cinematic setting, and presented without the price of admission.

The consistency of this quality programming requires the support of movie lovers like you. Beginning in September of 2022, the Cinematheque was able to extend its weekly programming to Thursday evenings, when we presented three months of regular premieres of exciting new films from around the globe, including popular titles such as Sara Dosa’s documentary Fire of Love, Owen Kline’s comedy Funny Pages, and the first Madison-area screening of Park Chan-wook’s Decision to Leave. The entire Premiere series was made possible through a donation from an anonymous cinephile.

In 2022, Cinematheque viewers saw the first Madison screenings of Ryusuke Hamaguchi’s Oscar-nominated Drive My Car and Sara Polley’s acclaimed Women Talking. Through the support of UW Madison’s Latin American, Caribbean and Iberian Studies (LACIS), in February we brought you three features from the era of “La Movida Madrileña,” including Pedro Almodovar’s Dark Habits. In March, we played six kung-fu classics, each individually presented by Grady Hendrix and Chris Poggiali, authors of the book These Fists Break Bricks. Our popular “Age of Cage” series in April and May let audiences see three off-beat gems from the first decade of Nicolas Cage’s career, all screened on 35mm prints. The Cinematheque was only the second venue in the world (after NY’s Museum of Modern Art) to screen Peter Bogdanovich’s funny and star-filled final narrative feature, Squirrels to the Nuts, commencing our summer Bogdanovich series. In October, celebrated screenwriter and director Nicholas Meyer joined us in person to present three of his movies, including Time After Time; and we concluded the year with an action-packed series of apocalyptic adventures starring Charlton Heston.

Other 2022 highlights include Casablanca, Poltergeist, and Om Shanti Om on 35mm; David Lynch’s Lost Highway and The Straight Story, the latter presented in person by co-writer, editor, and producer Mary Sweeney; and a double feature of early Jackie Chan spectaculars.

Our programming goes on hiatus mid-December as we prepare for an exciting 2023 Cinematheque season that will begin in late January, with a continuation of the Thursday night Premiere series! If you enjoy Cinematheque programming and would like to see it thrive and grow in the new year and beyond, please consider a donation today.

<<Science-Fact: Richard Fleischer's SOYLENT GREEN
Stop the PLANET OF THE APES, I Want to Get Off!>>